Recommendations of the Second Congress on Human Rights 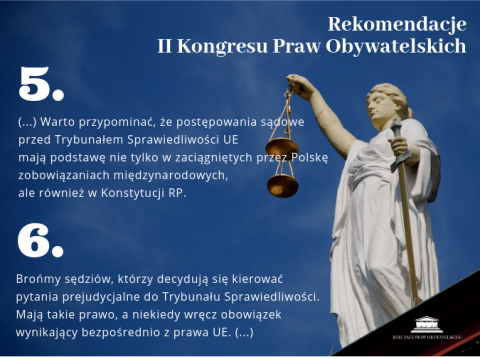 The Second Congress on Human Rights was held in Warsaw on 14-15 December 2018. It included 43 sessions, and was attended by 200 panellists and about 1500 participants from across the country, who discussed important issues regarding the protection of human rights and civil liberties in Poland. The Congress has been a result of the efforts of the participants of the CHR’s regional meetings held across the country. Their engagement and participation in the congress made it possible to develop its recommendations.

The programme of the Congress focused on four thematic areas: the crisis of the rule of law in Poland; equality - a lesson in history; taking the law seriously; effectiveness of the system of justice.

The first edition of the congress, held in 2017, was devoted to diagnosing numerous important social and legal phenomena. The second edition sought to develop a programme for the future, to look for solutions and identify activities that seem necessary for the protection of civil rights.

One of the main conclusions of the congress discussions is the need to increase the constitutional awareness of citizens, also among judges, scientists, media representatives and opinion-building communities. This is related to the current system’s crisis and constitutional order instability in the country, and the growing confusion and uncertainty of the roles and competences of several state authorities. The stoppage and reversal of this tendency depends mainly on the activity of the civil society. On whether the citizens will notice the threats on daily basis, identify themselves with constitutional values, and defend their constitutionally guaranteed rights and freedoms in their relations with the authorities.

Legal awareness at the European level is also of great importance, particularly now when we are witnessing intensified disputes about the operation of the European Union and the quality of our country's participation in it. We must keep convincing the citizens that European law and European institutions such as the EU Court of Justice or the European Court of Human Rights serve Poles well. All citizens may use them to seek justice and defence of their interests.

The participants of the congress also pointed to the necessity to introduce changes to history and civic education so as to enable dialogue and a variety of points of view, and to make this education carried out more extensively and with a greater sense of responsibility. The education process may not be conducted in a way adjusted to temporary needs or immediate political goals. After 100 years of regaining the country’s independence, Poles deserve a serious and in-depth debate on the actual sources of strength of the state and the society, and the role of social solidarity and the sense of community in promoting independence in a way that does not exclude or omit anyone. It is worth remembering that our ancestors lost their independence also due to their internal disagreements, but we have an opportunity to act in a smarter way, to draw the right conclusions and to convince the young generation that those conclusions are correct.

Another challenge relates to broadly understood social communication. We need to make it more targeted and useful for citizens. Every individual, community or professional group should have full knowledge about their rights and real possibilities of protecting them. We need better self-organization, improved communication with each other, closer cooperation and the ability to jointly act when needed. For example, we should not accept the attempts to limit public space for civil society and non-governmental organizations or the unjustified cases of refusal of access to public information. The relations between the individual and the state should be relatively balanced and there should be two-way communication between them. This also applies to local governments and all public institutions. A lot depends on everyday courage and consistent attitudes of the citizens.

Finally, an important element visible during the congress was the postulate to make at least a part of our social life de-politicized. There is a broad scope of matters of citizens, in particular the poorest and the weakest ones, that requires cooperation conducted despite the existing differences, with elementary sensitivity and practical approach rather than competition between political parties. There should be no space for political disputes or ideological prejudices where we want to assist people with disabilities, develop solutions to help homeless people or support victims of crimes. In this area of our life, there should be only two sides: those who need assistance, and those who can and want to provide it.

Area A: Crisis of the rule of law in Poland

Area B: Equality – a lesson in history

Area D: Effectiveness of the system of justice 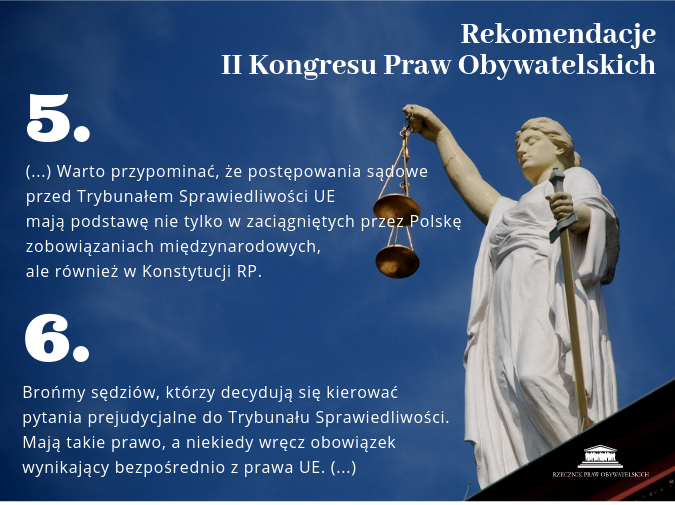 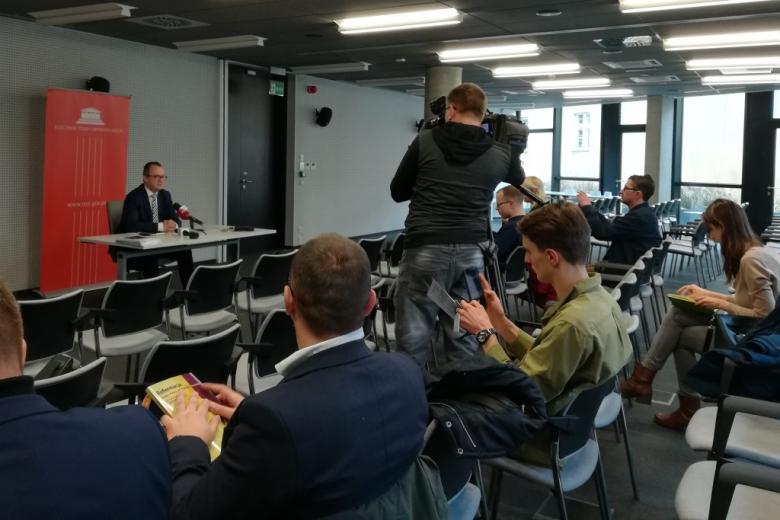 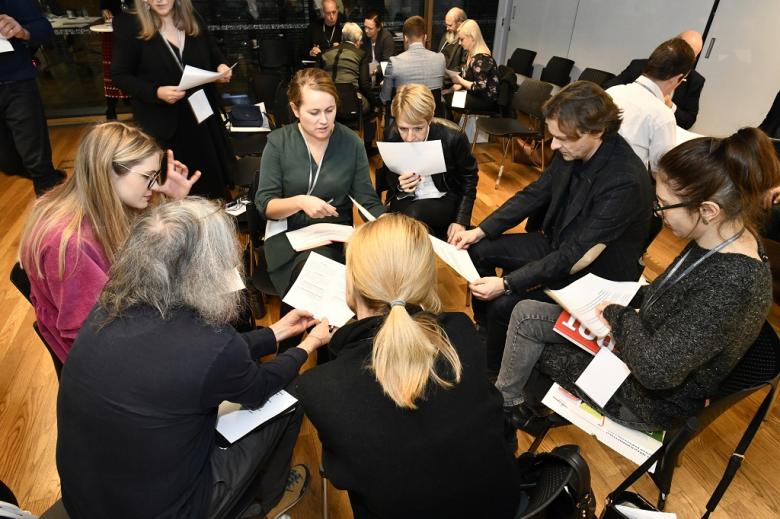 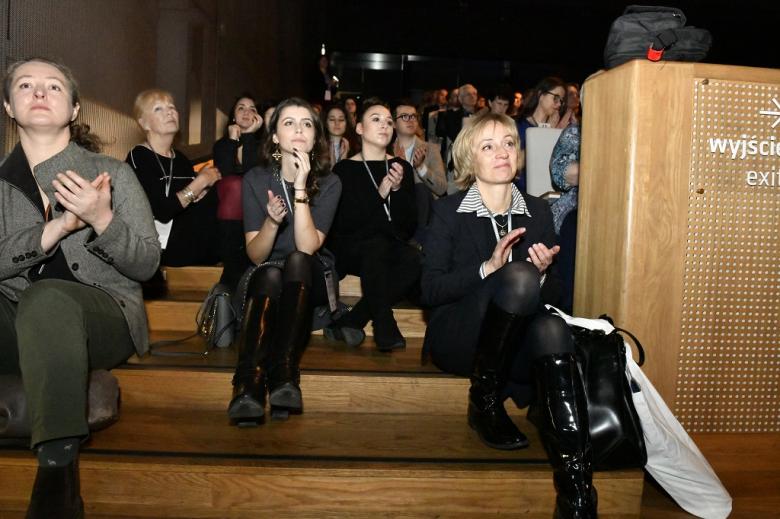 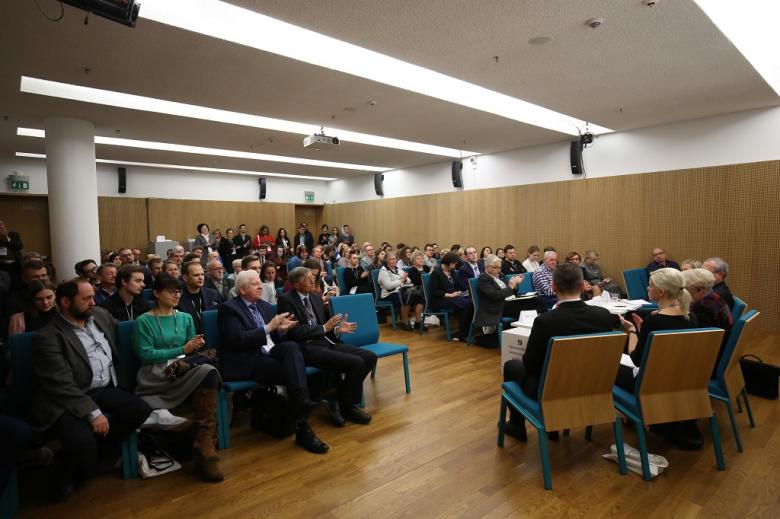 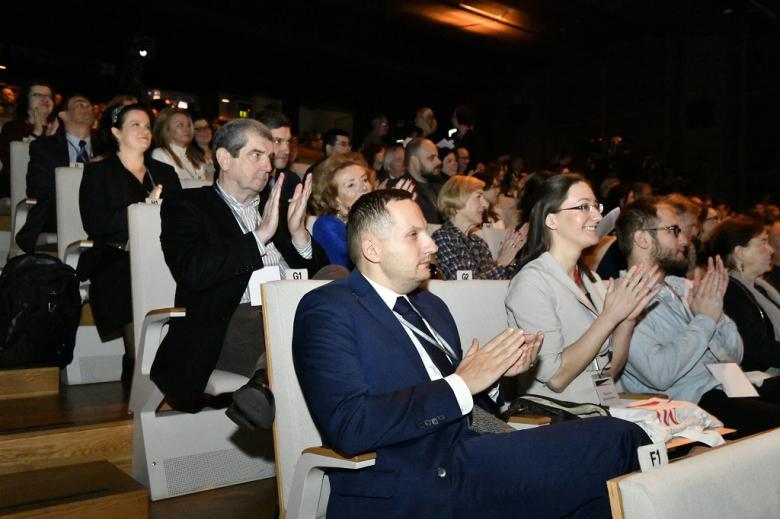 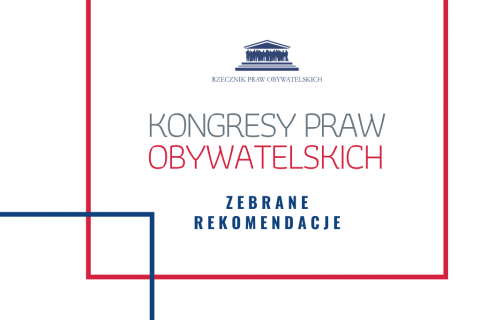 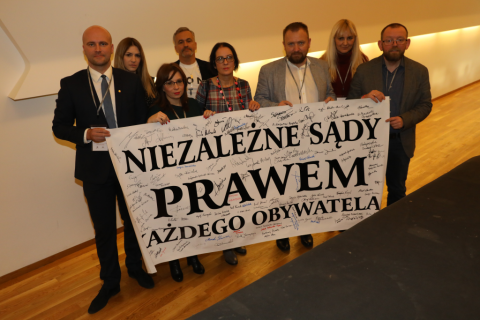 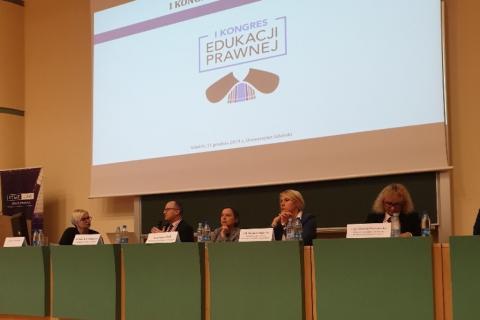 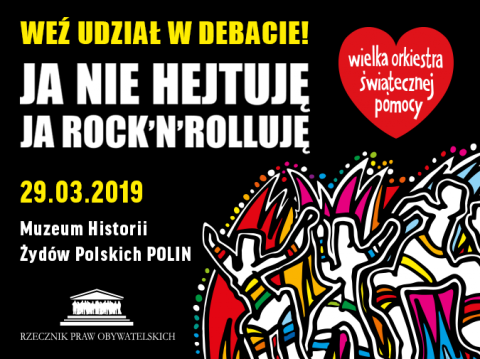 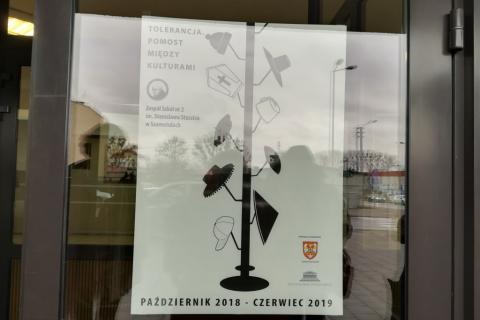 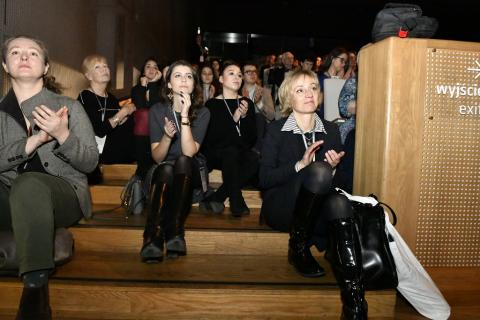 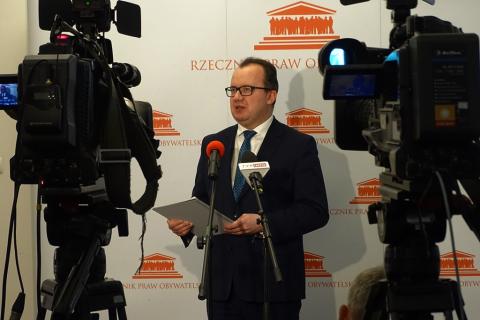 2018-01-08
54 recommendations of the First Congress on Civil Rights constitute a list of tasks to be implemented by the Commissioner for Human Rights and the civic society.
2018-01-08
54 rekomendacje z I Kongresu Praw Obywatelskich