Representatives of the National Preventive Mechanism for the Prevention of Torture (KMPT) on 8 August 2020 talked to 33 people detained in connection with the events which had taken place on 7 August 2020 in Warsaw after the arrest of the activist of the "Stop Bzdurom" group.  They conducted ad hoc visits to 6 premises for detainees in Warsaw and Piaseczno. The purpose of the visits was to examine the situation of persons detained by the police, the conditions of their detention in the context of the implementation of the so-called minimum antitorture guarantees.

Deputy Director of KMPT Marcin Kusy and Aleksandra Nowicka went to police detention facility (PdOZ) at Nowolipie Street and Żeromskiego Street. Aleksandra Osińska and Michał Żłobecki visited PdOZ at Żytnia Street and Janowskiego Street.  Dr Justyna Jóźwiak and Justyna Zarecka, on the other hand, talked to the detainees placed in PdOZ at Jagiellońska Street and in Piaseczno. In total, 33 of the 48 detainees were interviewed.

According to the KMPT's observations, among the detainees there were people who had not actively participated in the gathering on Krakowskie Przedmieście or Wilcza Street but had been watching the events. Some of these people had rainbow emblems (bags, pins, flags). Among the detainees, however, there were also random people, who just at that moment, for example, had gone out to the store and were returning with  their shopping.

Several interviewees pointed out the police brutality at the time of detention. Some people talked about beating up in police vehicles. Some people had visible bodily injuries, which were recorded by the KMPT representatives. Some detainees indicated inadequate use of coercive measures, e.g. behind-the-back handcuffing during transport, throwing them to the ground to handcuff them.

All the people who spoke with the KMPT representatives pointed out the huge chaos amongst the police officers. At the time of capture, they were not informed of the grounds for their detention. With time, the grounds for detention were cited as e.g. violation of the so-called COVID act. Eventually, most of the detainees were accused of committing an offence under Article 254 of the Penal Code, i.e. participating in a gathering knowing that the participants of the gathering, by joint forces, are perpetrating a violent assault against a person or property. The detainees were not informed where they would be transported to.

In many cases these people were moved from one station to another. The time between capture and booking in PdOZ was as long as 12 hours. Some of the detainees were interrogated at night.  Some people got to PdOZ in the morning, where they slept on hard bunks, without a blanket and mattress, without food or water.

The information received by the KMPT representatives shows that the attitude of officers towards detainees was very diverse. Some people reported that police officers had performed their tasks professionally. There were even opinions that some police officers had been embarrassed to take action. However, there were also voices pointing to biting, homophobic and transphobic comments: "an activist from Wielkopolska - how much do they pay you to come?"; when asked about soap in the PdOZ - “you are looking for hotel standards", in the case of a trans-girl only masculine pronouns were used.

Most of the detainees were subjected to a strip search, which consisted of undressing naked and doing a squat. In the case of a trans-girl, this search was performed by a male officer.

As far as access to legal aid is concerned, a problem that has been noticed for years by the KMPT became apparent, i.e. lack of contact with an advocate/lawyer from the very first moments of detention. If it had not been for the dedication of the lawyers who arrived at the police stations on their own initiative, the detainees de facto would not have had the possibility  to seek legal aid. This is because for many persons it was their first contact with lawyers. Some of the interviewees said that the advocates themselves handed out business cards with their contact details at the entrance to the police station. There were cases when someone didn't know the name of the lawyer and had just their telephone number, but then they couldn't ask to contact the lawyer anyway. In some cases, the detainees learned that they could meet the lawyer once they had already provided their statement. If a meeting with a defense attorney took place, it was conducted under conditions which did not ensure confidentiality.

The interviewees also pointed out the difficulties in passing on information about their detention to their relatives. They said they had to know their phone numbers by heart, because some of them were not allowed to find contacts in their mobile phones, in other cases they were only allowed to contact their parents.

The KMPT has long postulated that everyone should be examined by medical doctors after they have been detained, but in this case only some people had such an opportunity. The examination was always carried out in the presence of officers, some detainees were handcuffed even during the examination. Some of the people who are taking medication on a continuous basis were not examined by medical doctors. A transgender person was denied access to testosterone, which he should have taken on the day of his booking in the PdOZ, as recommended by his doctor.

The detailed conclusions of these visits will be presented at a later stage. 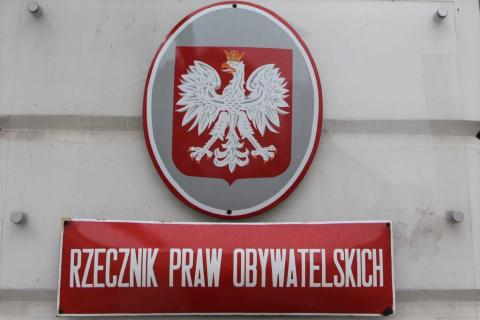 2020-08-08
I have taken actions ex officio. Statement by the Polish Commissioner for Human Rights following 7th August events in Warsaw