Commissioner for Human Rights took part in the hearing Grzęda v. Poland before the ECtHR

On 19 May 2021 a hearing took place before the European Court of Human Rights in the case of Grzęda v Poland. The Grand Chamber of the ECtHR considered allegations of a judge who was a member of the National Council of the Judiciary (NCJ). The judge’s term of office was prematurely terminated by legislation in 2018, contrary to an explicit guarantee in the Constitution. In bringing the case before the Strasbourg Court, the judge has raised the allegation that there was no right to a court to verify the lawfulness of the interruption of his term of office in the NCJ (Articles 6 and 13, ECHR).

In addition to the main parties: the applicant and the Government of the Republic of Poland - the hearing was also attended by the Commissioner for Human Rights (CHR). The CHR joined the case back in 2019 as amicus curiae and twice submitted written observations to the Court.

The case is of paramount importance for the Polish judiciary, as the unconstitutional formation of the current NCJ undermines all its acts, including judicial appointments. It also raises questions about the legal effectiveness of rulings issued by judges nominated by the new NCJ.

During the presentation at the hearing, the CHR argued that the judge-members of the NCJ should be guaranteed legal protection of their full term of office, at the same time safeguarding the ability of the NCJ to fulfil its role to protect judicial independence entrusted to it by the Constitution. The CHR asserted that the interruption of the term of office of the NCJ in 2018 was incompatible with both the Polish Constitution and the European Convention.

Yet, should the legislator enact a measure resulting in the premature expiry of the mandate, the judge-members of the NCJ should have the right to challenge the interruption of their term before a court. The lack of a remedy cannot be reconciled with the jurisprudence of the ECtHR.

The CHR also pointed out that the government’s argumentation indicating the necessity to interrupt the term of office of judges in the NCJ as a result of the 2017 Constitutional Tribunal ruling (case K 5/17) should be rejected. The present (partially captured) Constitutional Tribunal does not provide genuine control of the constitutionality of the law. Instead, it is used to legitimise action of the national authorities that violate the Constitution. In doing so, it deviates from previous, established constitutional jurisprudence without providing valid reasons for so doing. Moreover, the ruling cited by the government involved a person elected to a seat already properly filled. This alone – in the light of the ECHR judgment in the Xero Flor case – is reason enough to disregard the ruling.

The changes made to the NCJ have given the ruling majority the ability to freely reconstitute its composition, and thus influence the process of appointing judges. As a result, the political majority has acquired the ability to influence the content of judicial rulings in a part of the Polish judiciary. This appears to preclude any real control over the actions of the ruling majority and to shield arbitrary decisions of the government.

A total of nine third party interveners joined the case before the ECtHR, including two States: Denmark and the Netherlands. They all submitted written observations to the Court. 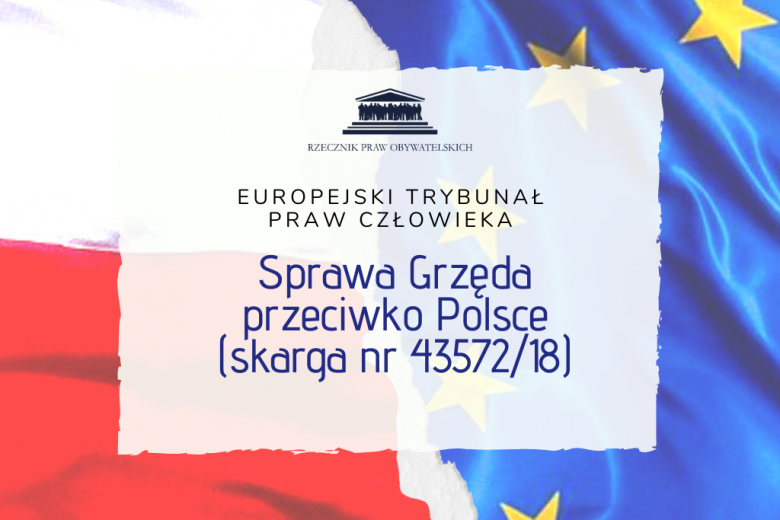