The Office of the Commissioner for Human Rights published the 14th Annual Report of the National Mechanism for the Prevention of Torture (NMPT) concerning its activity in the reporting period from 1 January to 31 December 2021.

The emergency situation due to the spread of the COVID-19 pandemic and the occurrence of successive waves and record numbers of coronavirus infections in 2021 caused the NMPT Team to adjust its working methods on an ongoing basis, guided, inter alia, by the principle of do no harm. Despite the unstable pandemic circumstances, NMPT representatives conducted 76 on-site visits last year to places such as police stations, juvenile detention centres, social care homes, private long term care facilities, penitentiary establishments, guarded centres for foreigners and Border Guard stations, and sobering-up stations. However, it was not always possible for the NMPT experts to be present in person at a given place where people were deprived of their liberty. At times of highest increases in infections, remote monitoring was carried out with the use of online communicators. It involved interviews with persons deprived of their liberty and with staff members, as well as analyses of documents. The NMPT team held 16 meetings in this way, mainly in social care homes and youth care centres.

2021 was a year that presented many challenges in the field of protection of human rights, including the prevention of torture and inhuman or degrading treatment.

At the beginning of the year under review, an NMPT report describing violations by police officers against persons detained by the police was published. The violations took place during protests that took place between 22 October and 13 December 2020 following the Constitutional Tribunal’s judgment of 22 October 2020 in case no. K1/20, which tightened the legislation on abortion. The publication of the report provided an opportunity for organising a debate in our Office on police responses to demonstrations of citizens and the need to implement, in law and in practice, minimum anti-torture guarantees.

The NMPT Team also monitored cases of deaths of persons detained by police officers, and expressed concern about the course of such interventions in the Mechanism’s statements. It is worthwhile to emphasise that in 2021 the Commissioner of Human Rights (CHR) and the NMPT requested representatives of the authorities to disseminate, as widely as possible, the Mendez Principles developed by the UN, which promote effective, ethical and non-coercive interrogation centred on the principles of the presumption of innocence and the pursuit of truth.

The second half of 2021 was largely focused on monitoring the situation on Poland’s border with Belarus in relation to the migration policy crisis, which in effect became a humanitarian crisis. Representatives of the NMPT, in cooperation with the Equal Treatment Department of the CHR Office, conducted periodic inspection visits from August 2021. The aim was to examine and assess the state of observance of the rights of foreigners apprehended and detained by the Border Guard after crossing the border of the Republic of Poland. This included the assessment of the conditions in which such foreigners stayed after detention, and of their access to the procedure of seeking international protection in Poland. The analysis covered, inter alia, the revealed cases of persons who experienced violence, who were in poor health, as well as minors placed in detention. The actions taken and conclusions from the monitoring visits will be presented in the thematic report which is currently under development and will soon be published.

Prevention of torture and inhuman or degrading treatment requires a holistic, long-term and interdisciplinary approach. The NMPT and CHR Office experts assess material conditions in places of detention on ongoing basis, listen to persons deprived of their liberty and staff, reveal areas of risk and recommend changes and improvements. Thanks to these activities, the risk of torture or other ill-treatment is reduced. 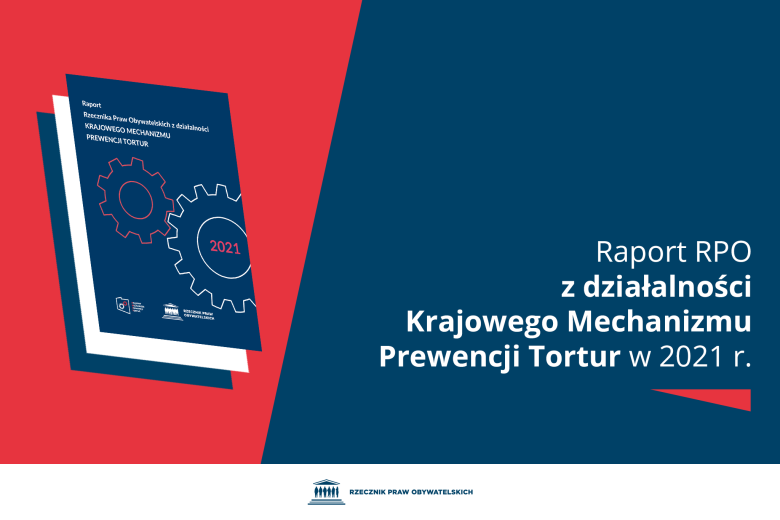